home/Facebook Ads vs. Google Ads: Which Platform Should You Choose?/Facebook•Google•SEO 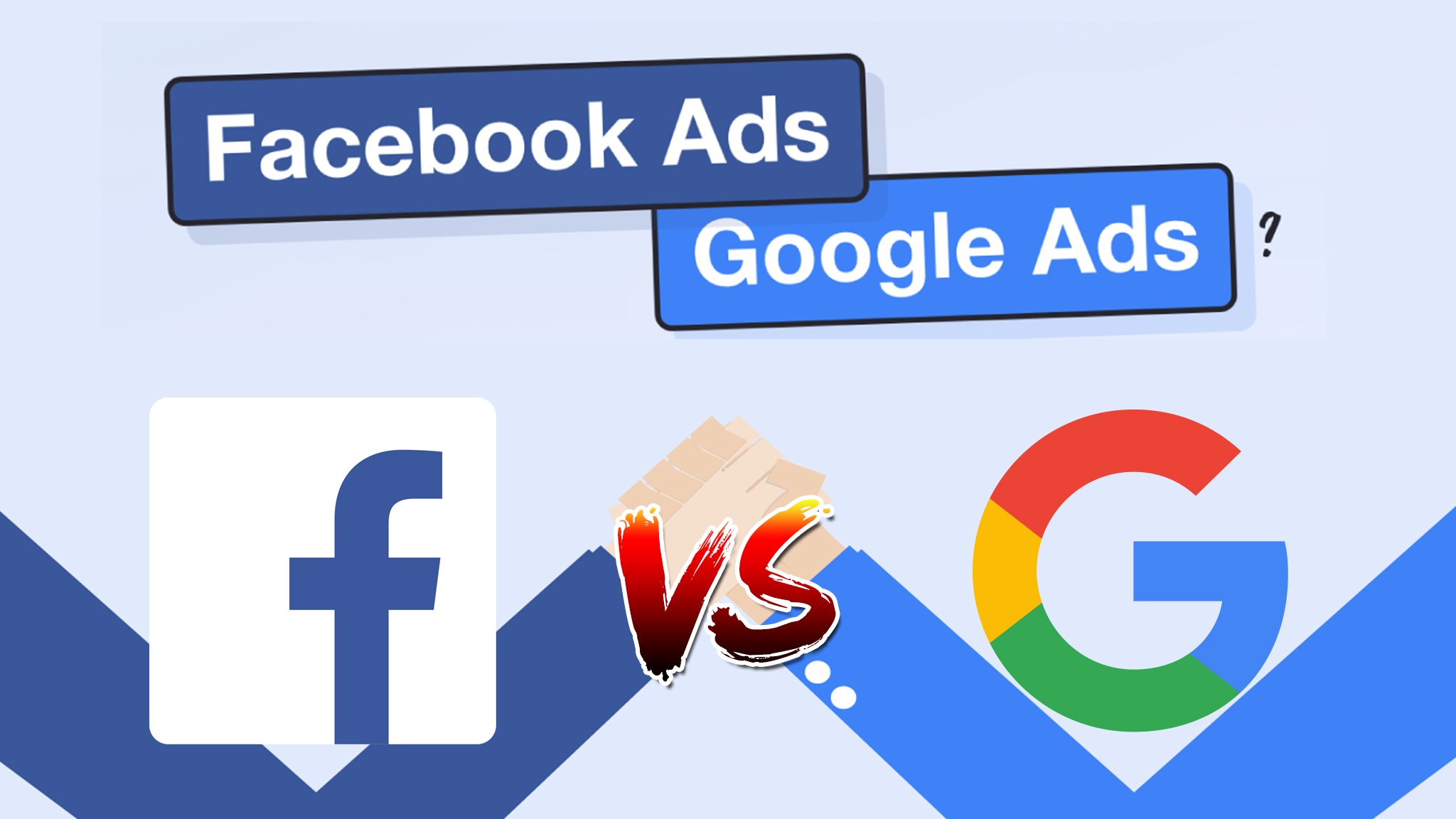 First of all, what exactly are Google Ads and Facebook Ads? You’ve certainly seen them before when you jump on Facebook or search in Google! But how do they actually work?

Both are advertising platforms that operate on a pay-per-click basis. When you create an ad on either platform, you enter an auction in whihc you place a bid for how much you want to pay for ad space. Then you’ll be charged a certain amount of money (more on that later) every time someone clicks one of your ads. Sounds simple, right?

Traditionally, Google Ads (AdWords) is paid search. Paid search means that you’re paying to have your listing featured on a search engine result page (SERP). Here’s an example of a paid search ad:

With paid search, your ad is placed based on target keywords, instead of targeting a specific audience interest. That said, you can (and should) adjust the settings of paid search campaign to target users based on location and other factors.

However, Google Ads offers more than paid search—you can advertise on:

For the purpose of this article I’m primarily referring to Google Search, however, I’ll touch on Google’s other advertising platforms too.

In contrast to paid search, Facebook Ads offers paid social advertising. In the wake of Facebook algorithm changes, it has become increasingly difficult for brands to get in front of potential customers organically.

This is where paid social comes into play. With Facebook Ads, you are paying to get in front of new customers on social networks, instead of reaching them organically.

Which Platform Should You Choose?

So, which is better for your business – Google Ads or Facebook Ads? To decide, ask yourself a few key questions.

Next, take your client’s industry into consideration. Both B2B and B2C businesses use Google Ads successfully. Facebook Ads often work better for B2C businesses, especially those selling less expensive items, since people are more likely to impulsively buy these products after being exposed to them a few times. However, even for B2B there are going to be opportunities on Facebook Ads—especially for remarketing and lookalike audiences.

Your client’s audience also affects which platform you should choose. Do people search for your client’s business or service with intent to buy? If so, Google will probably bring the best results. But if your client is trying to build their audience for a new product, Facebook will typically work better.

Finally, consider your advertising budget and your level of technical skill. Does you have the money to invest in Google Ads, even if you’re in a competitive industry? Do you have the ability to create (or outsource) strong image or video-based ads for Facebook? Discussing questions like this can help you sketch out a strategy that’s realistic and actionable.